Remains of the Day

It does not fill me with optimism to recall that the Charlton Heston dystopian film Soylent Green was set in 2022! 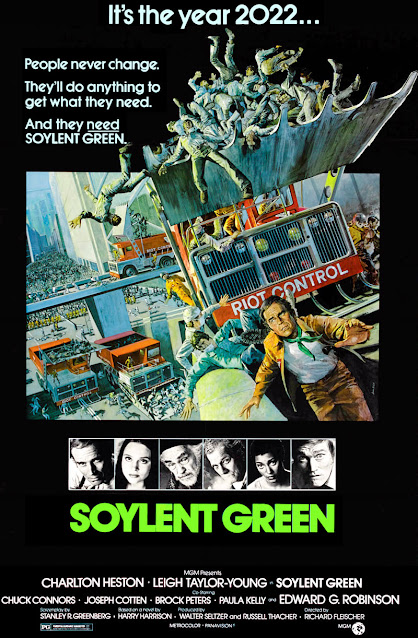 You Can Say That Again! 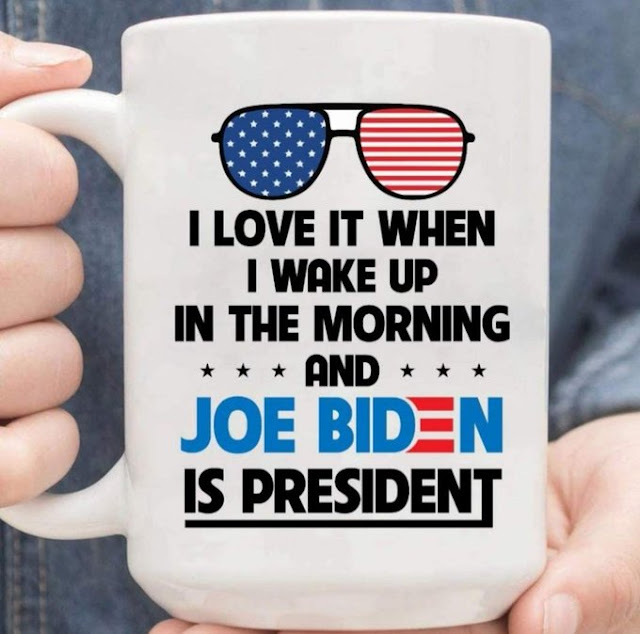 Trouble Is Her Business

Well, here I am again, recommending something I’ve spotted on YouTube, even though I know that videos there can vanish unexpectedly. Nonetheless, I feel compelled to point out the recent appearance of Michael O’Hara the Fourth, a 90-minute film that debuted on the television anthology series The Wonderful World of Disney in 1972. 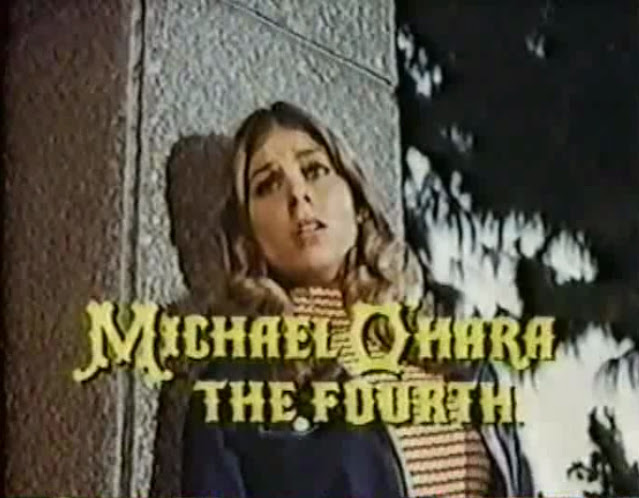 When I was growing up, Disney’s Sunday night presentations were must-see TV in my household. Yet aside from The Scarecrow of Romney Marsh (1963), starring Patrick McGoohan, and a rebroadcast of Fess Parker’s Davy Crockett, King of the Wild Frontier (comprising the first three episodes of a five-part serial originally shot for Disney in the 1950s), I don’t recall many of the shows produced specifically for Wonderful World, as opposed to Disney theatrical pictures that were subsequently rerun on Sunday nights. Oddly, however, I have strong memories of Michael O’Hara the Fourth. Or perhaps it’s not so very odd, as that film left me with a huge crush on its star, Jo Ann Harris.

Although she was then 22 years old, Harris was cast as Michael “Mike” O’Hara IV, a teenage wannabe sleuth—very much in the Nancy Drew mode—whose father was Michael O’Hara III, a police captain in an unnamed city, played by Dan Dailey (later to feature in the NBC Wednesday Mystery Movie segment Faraday and Company). The Disney Wiki explains how Harris’ character came by her distinctly masculine moniker:

The name Michael O’Hara has become synonymous with law enforcement. There have been three generations of Michael O’Hara’s and all have been exemplary policemen. When Michael O’Hara III’s child was born, he was told that [he and his wife would] not be able to have any more children, and there ha[d] always been a Michael O’Hara, so he named his child Michael O’Hara IV, despite the fact that she [was] a girl.

Now, Mike has a tendency to get involved with police matters and not always with good results, which annoys her father. And despite being told repeatedly to stay out of it, she continues her amateurish detective activities.

Michael O’Hara the Fourth was first shown in two parts, on successive Sunday nights: March 26, 1972, and April 2, 1972. It found the delightful, blonde Miss Mike recruiting her friends, especially her sort-of-boyfriend, Norman (Michael McGreevey), into one harebrained escapade after another, always intending to help her father with his crime-solving—but usually resulting in minor disasters. Although Mike wasn’t a tomboy (she favored short skirts), she didn’t shy away from mixing it up with crooks and killers. In the first part of this film, she and Norman try to get to the bottom of a money-counterfeiting operation, while the second half finds them seeking to crack the alibis of businessmen implicated in a murder.

This picture may have been intended for young audiences, but it’s far from silly, and its humor and high jinks remain entertaining even after all these years. I’m a bit surprised Disney didn’t shoot a sequel. Or two.

Posted by J. Kingston Pierce at 8:07 AM No comments:

Where in the United States you spent the pandemic has weighed heavily on your chances of contracting the COVID-19 virus. From Washington Post columnist Michael Gerson:

A recent study by researchers at the Johns Hopkins Bloomberg School of Public Health and the Medical University of South Carolina — analyzing every day of data between March 15, 2020, and Dec. 12, 2020 — calculated the chances of getting covid-19 or dying from covid-19 in every state (and D.C.).

After adjusting for factors such a population density, ethnic composition, poverty and age, a clear picture emerged. Democrat-led states were hardest hit early on, as you’d expect given the places where the disease took hold in the United States. But then the balance shifted. By June 3, Republican states had higher case diagnoses. By July 4, higher death rates. By Aug. 5, the relative risk of dying from covid-19 was 1.8 times higher in GOP-led states.

Posted by J. Kingston Pierce at 4:29 AM No comments: 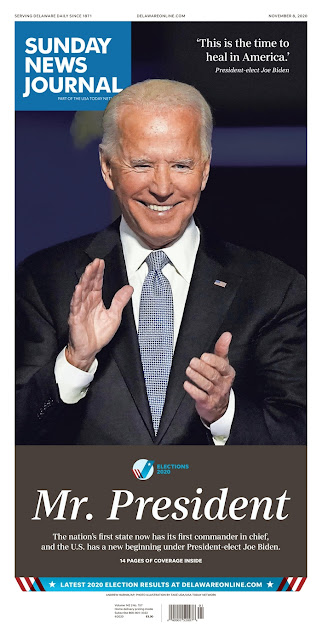 Donald Trump is still fuming and refusing to accept that he’s lost the U.S. presidency, threatening lawsuits to overturn last week’s history-making election and insisting that he won’t concede the race.

Meanwhile, newspapers have moved on, their front pages—beginning (above) with page one of Delaware’s Wilmington News Journal—today heralding Democrat Joe Biden as the 46th President of the United States, with Kamala Harris as his vice-president, the first woman to ever hold such a high office in America.

I feel like I can breathe again, hope again, trust again, and not be afraid every morning for the future of my country. 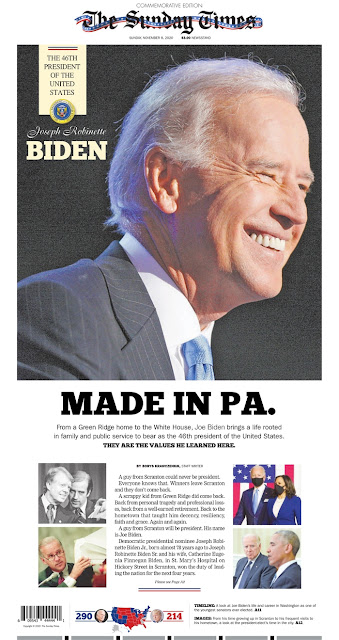 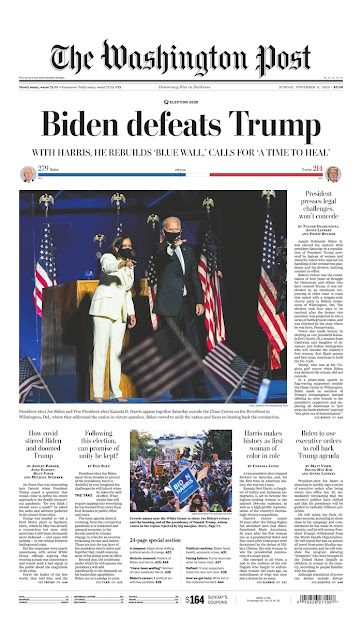 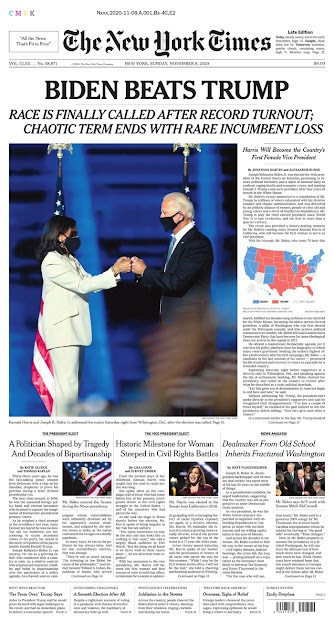 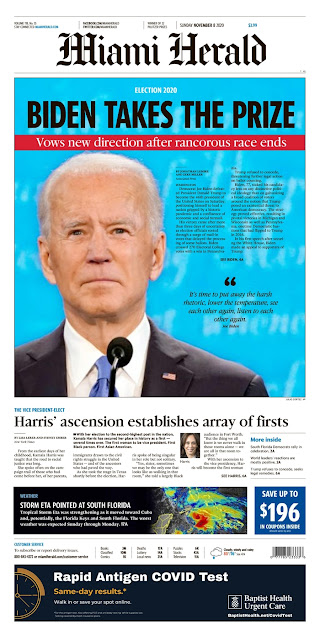 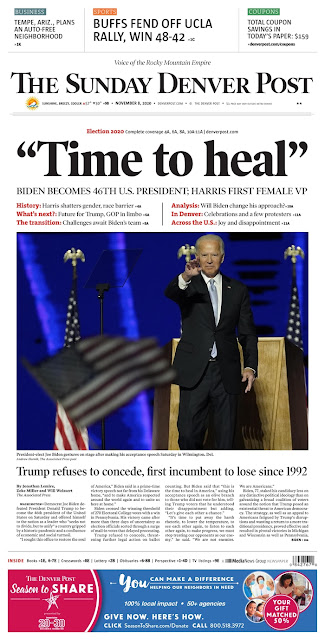 SEE MORE: “On Front Pages After Biden’s Win, ‘A Time to Heal,’” by Kristen Hare (Poynter). 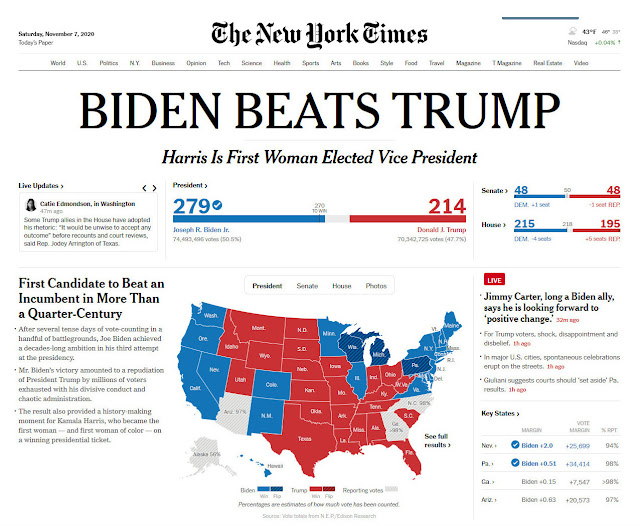 This Is Our Day

From the Lincoln Project: “Good morning. Today is the first day of the rest of America’s life.” Narrated by Martin Sheen.

From Jason Pinter: "Happy birthday to perhaps the most important tweet that went completely ignored ever." 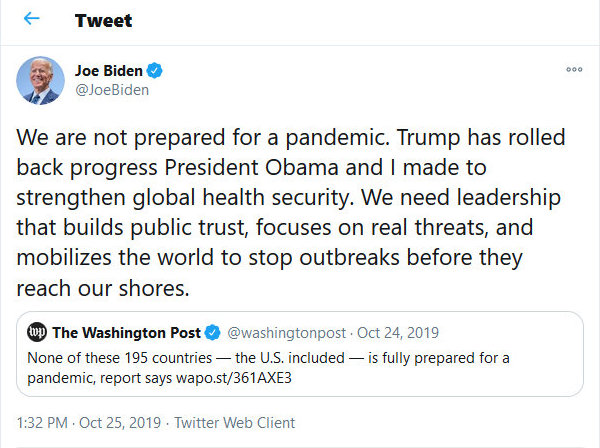 Posted by J. Kingston Pierce at 7:52 AM No comments:

From the White House to the Big House?

A pro-Trump billboard in a largely Hispanic neighborhood of Houston was defaced this week. Its new message: “Take Trump to Prison.” 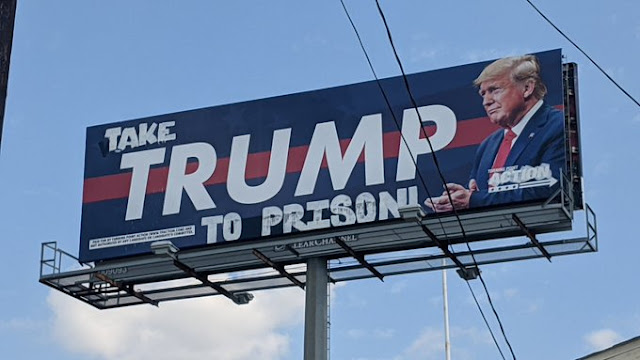 Posted by J. Kingston Pierce at 9:51 AM No comments:

“Vote for Change. Vote for Her.”

From News and Guts: “A powerful new ad by the Lincoln Project looks at Donald Trump’s treatment of women through the eyes of young girls. Sarah Lenti, executive director of the Lincoln Project wrote, ‘As a nation, we’ve been blessed to have amazing women as role models in both parties, but only one ever one president who treats our gender writ large with such disdain.’”​