For Half a Century, Wholly a Classic 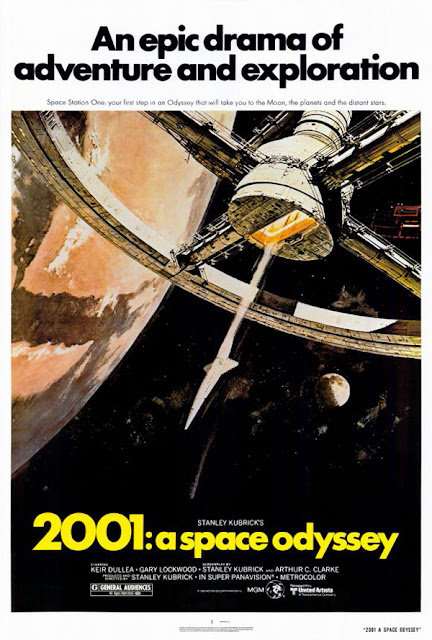 This week marks 50 years since the debut of 2001: A Space Odyssey, the landmark science-fiction adventure written by motion-picture director Stanley Kubrick and noted SF author Arthur C. Clarke (whose 1951 short story “The Sentinel” helped inspire the movie). 2001 premiered on April 2, 1968, at the Uptown Theater in Washington, D.C., and then opened to wider U.S. distribution on April 3—half a century ago today.

One of the most beautiful and memorable aspects of that film was its musical score, employing a variety of classical works, among them Richard Strauss’ “Also sprach Zarathustra,” which served as the main title theme. (Click here to relive the big-screen drama of that opening number.) What people forget, especially half a century on, is that Kubrick had commissioned Hollywood composer Alex North (Spartacus, Cleopatra) to create an original soundtrack for his film. However, as Wikipedia notes, Kubrick decided during his post-production work on 2001 to toss that score “in favor of the now-familiar classical pieces he had earlier chosen as ‘guide pieces’ for the soundtrack.” Wikipedia adds that “North did not know of the abandonment of the score until after he saw the film’s premiere screening.” One can’t help wondering whether 2001: A Space Odyssey might be remembered rather differently had Kubrick stuck with North’s musical score, the beginning of which—including an alternative main title theme—can be heard here. More selections from North’s 2001 score can be sampled here.